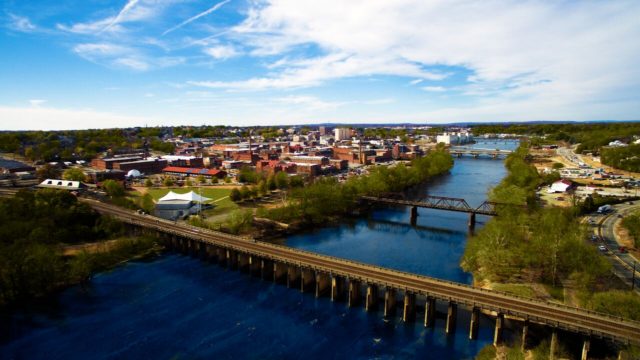 Since 1999, the Danville River District Association (RDA) of Danville, Virginia has dedicated itself to revitalizing the city’s Downtown Historic District. During the 19th century, Danville flourished as an industrial town producing tobacco and textiles. In 1995, Danville was added to the National Register of Historic Places, a designation that the city has used to successfully cultivate cross-sector support for its revitalization efforts.

In 2017, RDA hired Executive Director Diana Schwartz to lead a new stage in the organization’s growth. “When I started, the organization had established itself, hired staff, and put a framework in place. But people were asking, ‘Now what?’” remembers Schwartz, who joined RDA in August 2017. “We were at that stage where we needed firmer direction.”

The organization had already conducted a core capacity assessment that provided RDA with ideas and recommendations for future growth. In addition, Schwartz brought more than 20 years of executive leadership experience in community redevelopment efforts, including several years in Ocala, Florida as Director of Business Retention and the city’s Main Street program.

In late 2017, RDA reached out to The INS Group to conduct a strategic planning retreat that would produce a well-defined transformation plan for the city’s River District. Because Danville is a Main Street America community, the city needed to incorporate a four-point transformation strategy that has been successfully implemented in nearly 1,600 locations nationwide over the last 30 years.

At the heart of RDA’s strategic planning process were three foundational questions: Who was Danville? Who was RDA? And what was the RDA’s revitalization strategy moving forward? “When I first contacted Ruth, what I explained was we really needed to step back and look at where RDA was in the community and what identified our overarching goals,” says Schwartz. “It was quite a deep process.”

Schwartz and RDA’s Board of Directors worked with The INS Group to identify RDA’s strengths and weakness and then create two strategic plans: one for governance and resource development and a second for community engagement and programming. “The INS Group is amazing in all areas, but it has exceptional strength in governance and operations,” observers Schwartz. “Sometimes you can’t see the forest through the trees. The INS Group was able to, with laser focus, help us develop that plan. It was almost like building a new foundation, and they and our Board of Directors did a great job.”

Since completing the strategic planning process, RDA has spearheaded its implementation plan by developing training for its Board of Directors, public events, and new volunteer engagement strategies. In addition, the organization has successfully increased its donor and funder bases, receiving more than $765,000 in multi-year grant support since August 2017.

“RDA is charged with a very big job: the revitalization of our downtown,” reflects Schwartz. “If you can increase the tax base, it’s more money for everyone in the city and community. But we have to show value to the community. RDA doesn’t exist just to exist. We exist to provide for the community.”

Today, RDA has transitioned from Stage I of the planning process—which Schwartz cheerfully refers to as “Gathering Financial Capital”—and is now in Stage II, “Gathering Human Capital.” The organization continues to recruit and train volunteers as well as develop training opportunities for Board members, including fundraising and long-term resource development planning.

“We are getting ready to hit the road and implement all the wonderful ideas for programs and services we came up with during the strategic planning process with The INS Group,” says Schwartz. “We’re really excited. Now that people understand more about where we’re going and what we’re doing, we have people who want to get involved and want to help. I’m so grateful to the RDA Board of Directors and The INS Group for going with me on the journey!”

Does your nonprofit need help with strategic planning or Board training? Contact The INS Group today!